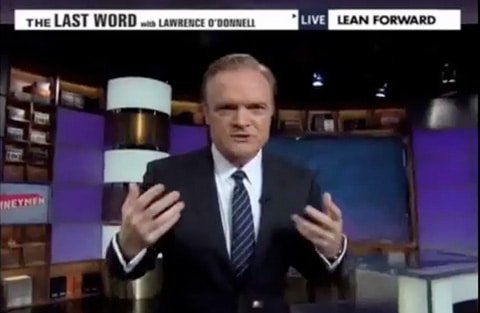 Lawrence O'Donnell delivered a blistering rewrite last night culminating in a challenge to Tagg Romney over his remarks that he wanted to "take a swing" at Obama during the presidential debate.

"So. You wanna take a swing at someone for calling your old man a liar? Take a swing at me. Come on. Come on. And don't worry. There won't be any Secret Service involved. Just us. And I'll make it easy. I'll come to you. Anytime, anywhere. Go ahead Taggart. Take your best shot."

The rant also hit Ann Romney for suggesting Mormon missions were an appropriate alternative to military service, Mitt's support for the Vietnam war and the draft, and his avoidance of the draft, the family's polygamous ancestry, and Mitt's suggestion that his sons were serving their country by helping him get elected in 2008.