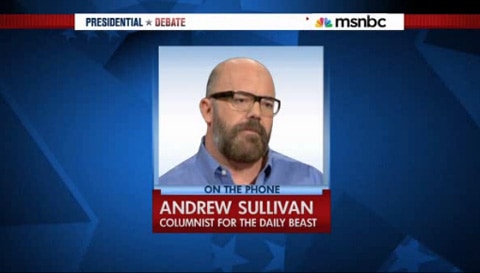 Since the last debate, folks have been equally concerned and amused by Andrew Sullivan's hand-wringing over Obama's performance which at times after the first debate reached almost a level of hysteria. Sullivan's back on board now, in fact he's 'bloody elated'.

Hear him call in to MSNBC, AFTER THE JUMP….