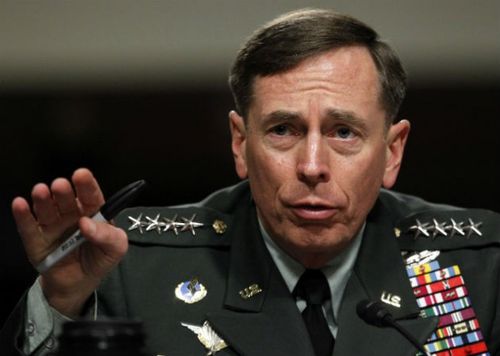 Speaking to the press for the first time since his affair with Paula Broadwell was revealed and he left his post as CIA director, retired Gen. David Petraeus told HLN’s Kyra Phillips that he did something “dishonorable” and felt he had to step down, according to the journalist, who recounted their conversation on-air today.

Petraeus reportedly told Phillips that his resignation has nothing to do with the attack on the U.S. Embassy in Benghazi, a topic on which he’ll testify before the House Intelligence Committee this Friday, nor did he give Broadwell any classified information.

RM: …Did he talk about Paula Broadwell? Did she have access to information that other people did not, the public did not? Especially regarding Benghazi? I think some people feel she seemingly alluded to some information that she had in a speech recently.

RM: Did he say how this may relate to Behghazi? I know he has to testify this week about Benghazi and, you wonder, about the scandal too.

KP: Yes. He has said this has nothing to do with Benghazi and he wants to testify. He will testify. He has maintained to me all along this was a personal failing, Robin, which, as I said, to me was quite stunning and to many other people. He’s not the type of person that I’ve ever known to fail at anything, knowing [him] as long as I have over the years. And so he has made it very clear that this was about an extramarital affair and not over classified information or Benghazi.

Watch video of Meade and Hill’s conversation AFTER THE JUMP.