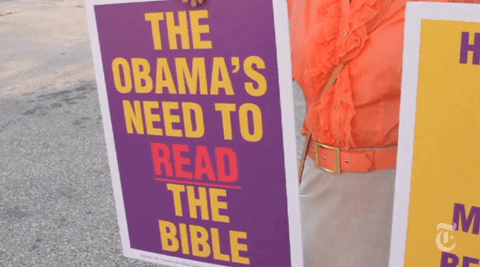 While filming a documentary called The New Black, filmmaker Yoruba Richen realized she should take a closer look at how black communities in Maryland are approaching that state’s forthcoming vote on marriage equality, so she made “The Black Vote for Gay Marriage.”

Some of her interview subjects support equality, others not so much, but taken together the film gives a multifaceted view into the discussion about LGBT happening among African Americans.

… I realized that the issue of gay rights in the black community is in many ways a fight over the African-American family, which has been a contested space since the time of slavery. So marriage is not just about marriage for black people — it’s also about how blacks have become accepted as legitimate participants in American society.

…[Maryland’s vote] will be the first time a gay-marriage referendum is on the ballot in a state with such a high percentage of African-Americans. This will also be the first vote on gay marriage since President Obama and the nation’s pre-eminent civil rights organization, the N.A.A.C.P., came out last spring in support of marriage equality. Both faced a backlash from some African-Americans, especially those in the religious community. But no matter which side you are on, the gay marriage question in the black community has forced a conversation, which is taking place in the pulpits and the pews, the hair salons and barbershops — and ultimately at the ballot box.