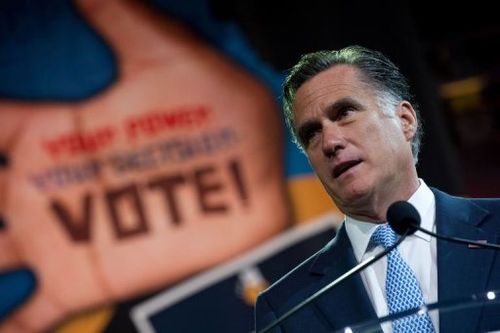 Maybe Mitt Romney’s team is worried he can’t beat President Obama in Wisconsin and Iowa or maybe Mitt has just never had to play fair in his life.

Regardless, ThinkProgress has unearthed documents and video that suggest Romney’s camp is hoping to mislead or disqualify voters in Wisconsin and Iowa to benefit his campaign.

With regard to Wisconsin, Scott Keyes reported earlier this week that the Romney campaign has been giving poll watchers an erroneous handbook misrepresents the law, or in some cases simply lies.

The training also encouraged volunteers to deceive election workers and the public about who they were associated with. On page 3 of the packet, Romney poll workers were instructed to hide their affiliation with the campaign and told to sign in at the polls as a “concerned citizen” instead.

As for Iowa, the campaign had posted a video on YouTube in which they instructed poll watchers to make sure all Iowa voters have an ID and to report any who do not. If someone fails to show an ID, they are instructed to “alert the legal team so they can handle the problem”. But there is no problem, because there are no voter ID laws in Iowa.

Realizing they had been found out, Romney’s team took the misleading video down, but ThinkProgress preserved it and you can watch it AFTER THE JUMP.