MetroWeekly has a great profile of Tammy Baldwin, the Wisconsin U.S. Rep. who will the first openly gay American elected to the Senate if she wins next week. 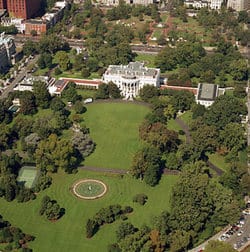 The White House complex is worth about $284.9 million, far less than has been spent on this presidential election.

Chelsea Handler and Kristin Chenoweth team up to fight for the underdogs, and make us laugh in the process.

Jon Hamm and Daniel Radcliffe will soon be seen in a tub together for the British mini-series A Young Doctor's Notebook. It will not be a romantic scene.

Always inflammatory and outlandish, NOM Rabbi Yehuda Levin says a vote for Mitt Romney is a vote for more storms like Sandy because Romney is gay friendly, or something. "The dirty secret they don't tell us is that Romney supports homosexual
adoption and Boy Scout leaders, homosexualization of the military," he said, perhaps speaking about a different Mitt Romney. 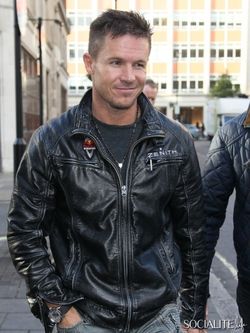 The Bangor Daily News
says Mainers need to vote for marriage equality next week: "Permitting
gay couples to marry will uphold equal treatment required by
the U.S. Constitution, promote family values and protect religious
beliefs. The ballot initiative is a matter of fairness and, in the end,
care for one another."

French conservatives and the French Catholic Church are sharpening their attacks on marriage equality.

NOM is trying to derail campaigns with robo-calls.

You can finally own the guitar Kurt Cobain smashed in the "Smells Like Teen Spirit" music video.

Wow: "Using NASA’s Fermi Gamma Ray Space Telescope, scientists were able to detect the light of the earliest stars, which are now long since gone."

Mainers United for Marriage have released their final ad.

Straight couples are increasingly incorporating a pro-equality message in their marriage ceremony: "The Vitts embody a movement within that movement. They are among the
increasing number of heterosexual couples who are using their weddings
to advocate for gay marriage. While much of the heat and light in this
election season has centered on four states with ballot measures on
same-sex marriage — Maine, Maryland, Minnesota and Washington — social
change is being advanced by newlyweds using the moral and religious
force of the wedding ceremony."