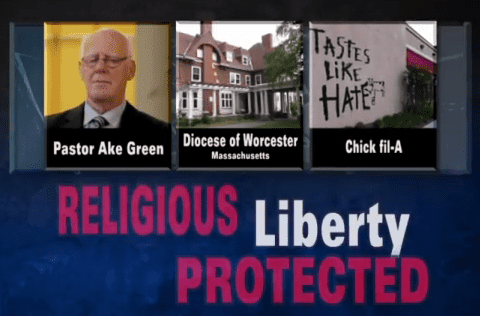 The anti-gay National Organization for Marriage has been funneling loads of dough to help the conservative Minnesota for Marriage and write homophobic discrimination into the state’s constitution. And they seem intent on spending that money before next week’s election, because the group today released an ad, “Broken Promises,” in which they make one final, desperate push to convince voters that not passing the amendment will destroy religious liberties and gay-ify public education and all sorts of other terrible things.

Watch it in all its hyperbolic glory AFTER THE JUMP.

UPDATE: I was wrong. This ad is not their final ad. They put out another, which I’ve also included AFTER THE JUMP. It’s YouTube description claims, “Minnesotans can respect gays and lesbians, but they don’t need to change the definition of marriage to do so.”