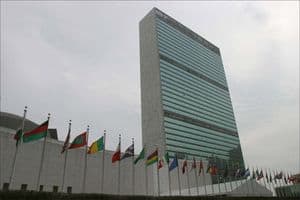 Gay rights advocates said the Vatican, a non-U.N. member with "observer" status, sought to remove all references to protected categories, but its proposal was never brought up for a vote.

The United States voted to retain the language based on sexual orientation and gender identity but abstained from the final vote as is its policy on votes related to the death penalty.

"The proposed change would have effectively sent a message to the world that people targeted on account of their sexual orientation or gender identity do not enjoy the same right to life as others. The United States will fight to ensure that the remarkable progress the U.N. has made on LGBT issues in the last four years is not rolled back."