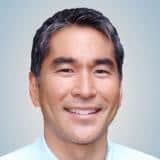 Wan developed the resolution out of the public eye, consulting with Georgia Equality and other activists to develop it and present it to the council. But after the vote, Wan announced its passage on Facebook:

Proud to share with everyone that the Atlanta City Council just passed a resolution supporting marriage equality!!!

Reed refuses to publicly back marriage equality, though he will support the right of the Council to pass a resolution.

His office issued a brief statement to the GA Voice after the vote on Monday. “Mayor Reed respects the decision of the Atlanta City Council in passing a resolution supporting marriage equality.”