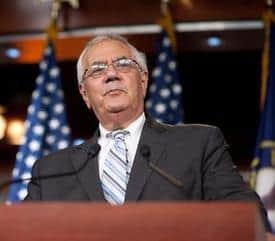 Then-Senator Hagel’s aggressively bigoted opposition to President Clinton’s naming the first openly gay Ambassador in U.S. history was not, as Sen. Hagel now claims, an aberration.  He voted consistently against fairness for LGBT people and there does not seem to be any evidence prior to his effort to become Secretary of Defense of any apology or retraction of his attack on James Hormel.  And to those of us who admire and respect Mr. Hormel, Sen. Hagel’s description of him as aggressive can only mean that the Senator strongly objected to Hormel’s reasoned, civil advocacy for LGBT people.

I cannot think of any other minority group in the U.S. today where such a negative statement and action made in 1998 would not be an obstacle to a major Presidential appointment.

The more you know.