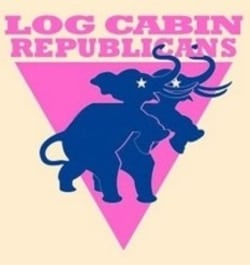 Like so many others, journalist Glenn Greenwald has some lingering questions as to why the Log Cabin Republicans decided to run that full-page New York Times ad against potential Defense Secretary nominee Chuck Hagel.

For example, why did the gay GOP group suddenly decide to take such an ardent stance on Israel, which former Sen. Hagel's opponents claim he doesn't support? "The only mention of [Israel] on its entire website is as part of a laundry list of nations which allow gay and lesbians to serve in the armed forces," he writes at The Guardian.

Greenwald is equally perplexed by LCR's sudden interest in Iran, the decision to oppose Hagel's past homophobic comments. They have after all supported anti-gay lawmakers in the past, including Mitt Romney in 2012's presidential election.

And, most importantly, Greenwald wants to know how cash-strapped Log Cabin Republicans paid for an ad space that goes for about $100,000. So, ever the diligent reporter, Greenwald asked R. Clark Cooper, the Log Cabin's outgoing executive director. Cooper, as one can assume, was not forthcoming.

In response, the group's Executive Director, R. Clark Cooper, confirmed that LCR did not pay for the ad out of its existing funds. Rather, he said, the ad campaign "is being funded by a number of donors". But he not only refused to identify any of those donors, but also has thus far refused to say whether those "donors" are from the self-proclaimed "pro-Israel" community and/or are first-time donors to LCR: in other words, whether these donors are simply exploiting gay issues and the LCR to advance an entirely unrelated agenda as a means of attacking Hagel.

Between the lines, Greenwald sees what he says is a "favorite neocon tactic": "cynically exploit liberal causes to generate progressive support for their militaristic agenda." And he thinks the LCR should have the decency to tell us who's working behind our backs: "Gay advocates are the exploited tools in this effort. We should at least have some transparency about that fact."