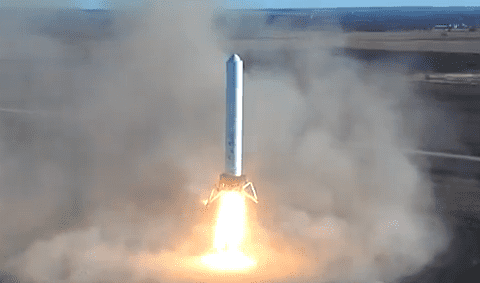 Grasshopper, powered by a Falcon 9 rocket and Merlin 1D engine, rose to a height of 130ft (40m) and hovered in the air before landing safely on the launch pad below, using closed loop thrust vector and throttle control.

The latest effort was one giant leap for the Grasshopper compared to its previous two test flights which have seen the rocket hover at six feet and 17 feet off the ground respectively before landing.

I’ve included video of Grasshopper’s impressive take off and landing AFTER THE JUMP.