Just in from Wisconsin, via the AP: 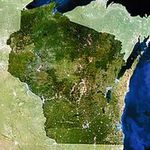 The 4th District Court of Appeals' opinion concluded that voters didn't intend to prohibit the creation of the registry when they amended the Wisconsin Constitution to ban gay marriage, adding that domestic partnerships carry substantially fewer rights and obligations than married couples enjoy.