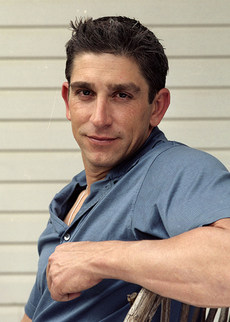 Richard Blanco, the gay Latino poet chosen to read his work at President Obama’s second inauguration tomorrow, penned a piece at CNN today in which eloquently illustrates the quintessential American elements of his origin story, a story that includes a particularly homophobic grandmother.

Being named poet laureate for the inauguration personally validates and stitches together several ideals against which I have long measured America, since the days of watching “My Three Sons” and “The Dick Van Dyke Show” reruns.

For one, the essence of the American dream: how a little Cuban-American kid on the margins of mainstream America could grow up with confidence, have the opportunity to become an engineer thanks to the hard work of his parents who could barely speak English, and then go on, choosing to become a poet who is now asked to speak to, for and about the entire nation.

The most powerful quality of our country is that each day is full of a million possibilities: We are a country of fierce individualism, which invites me to shape my life as I see fit. As I reflect on this, I see how the American story is in many ways my story — a country still trying to negotiate its own identity, caught between the paradise of its founding ideals and the realities of its history, trying to figure it out, trying to “become” even today — the word hope as fresh on our tongues as it ever was.

Blanco will take the stage tomorrow after Kelly Clarkson sings, which will be directly after President Obama’s speech. Obama’s first inaugural speech was about 21 minutes, so Blanco should appear tomorrow at about 12:30 or 1ish. But you’ll already be watching, so you won’t miss him, right?