An ongoing case in which Britain is telling a Senegalese man he must prove he's gay or be deported back to his home country where he faces violence highlights "the injustices faced by those seeking asylum," according to a UK National Union of Students leader. 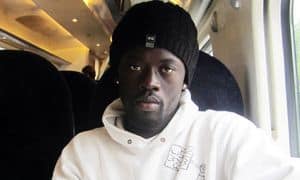 Serigne Tacko Mbengue, who studies at Newham College in east London, and is a LGBT campaigner for the NUS, fled to the UK in 2008 to escape homophobic persecution. But the 26-year-old is still going through the appeal process four years later because the Home Office doesn't believe he is gay.

Around 40 supporters turned up outside his hearing in London on Wednesday, only for the case to be adjourned for the second time in three months. It was rescheduled due to new evidence revealing physical and emotional scars from two attacks he suffered in Senegal because of his sexuality.

The west African state remains a dangerous place for homosexuals — anyone caught will face a prison sentence of up to five years.

Mbengue says: "I'm a very outspoken gay man. I'm not going back to Senegal. If I do, I will be a dead body."

Previous Post: « Josh Brolin Shows His Smooth Chest and Nips to Jon Stewart: VIDEO
Next Post: Lawrence O’Donnell on the Bible, the Oath of Office, and the Ousting of Louie Giglio: VIDEO »