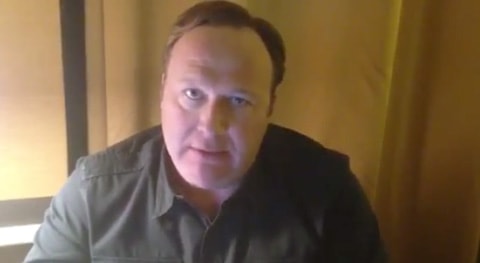 Alex Jones, the 9/11 Truther and gun advocate who attacked Piers Morgan on CNN last night believes he's being stalked by armed mafia put on to him by Mayor Bloomberg.

Says Jones in a video posted to YouTube after the interview: "If you don’t know that Bloomberg is total mafia, you’re on another planet….They’re thugs. I know what they are….If something happens to us, or we’re killed by crackheads, it was the NYPD or mafia they hired."

Previous Post: « Silvio Berlusconi, Marriage Equality Advocate?
Next Post: Army Staff Sergeant Tracy Dice Lost Her Wife to War, and is Being Shut Out of Benefits Due to DOMA: VIDEO »