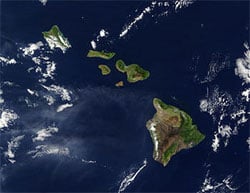 If successful, Hawaii would be the 10th state in the union to allow the marriage for all couples, regardless of whom they love.

This year marks the 20th anniversary of Baehr v. Lewin, the Hawaii State Supreme Court opinion that sparked our nation's marriage equality movement. In the opinion, Justice Steven Levinson said, “No person shall be deprived of life, liberty or property without due process of law, nor be denied the equal protection of the laws, nor be denied the enjoyment of the person's civil rights or be discriminated against in the exercise thereof because of race, religion, sex or ancestry.”

Although this opinion opened the door to same-sex marriage in the Aloha State and across the country, voters amended the constitution five years later, giving the legislature the ability to interpret what constitutes a legal marriage in the state.