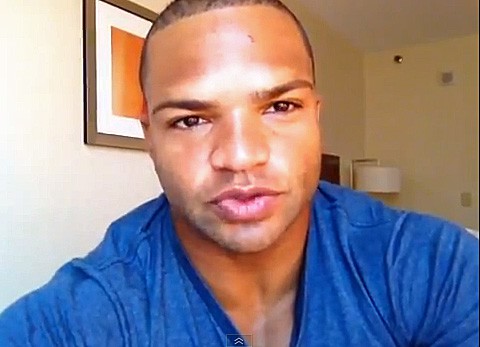 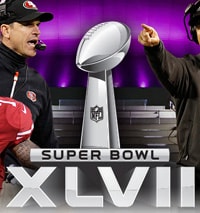 He tapped out an email to Brian Ellner, a leading marriage-equality advocate with whom he had worked before, and Michael Skolnik, the political director for Russell Simmons, a hip-hop mogul who has become involved in many issues, including same-sex marriage.

Ayanbadejo wrote: “Is there anything I can do for marriage equality or anti- bullying over the next couple of weeks to harness this Super Bowl media?” The time stamp on the email was 3:40:35 A.M.

Ayanbadejo, who says his ultimate goal is to bring his message to Ellen DeGeneres' show with a Super Bowl ring and "bust a move", is currently figuring out the best way to make that message resonate in the biggest arena in pro football:

Throughout his week, Ayanbadejo has been—and will be—talking to gay-rights advocates about how to seize this moment. For example, he’s been swapping emails with Hudson Taylor, the founder and executive director of Athlete Ally, a group dedicated to ridding sports at all levels—high school, college, professional—of homophobia.

“He’s so excited and ready to take a stand in whatever way he can,” said Taylor. “He is leveraging the biggest sports stage in the world.”

He’s also in conversations with Ellner and Skolnik specifically about marriage equality. Said Ellner: “He understands that as a straight biracial player in the Super Bowl, he can have a huge impact on the future of this issue.”

And we'll be rooting for him.

Previous Post: « Anderson Cooper Has Something to Say About Beyonce’s Lip-Sync: VIDEO
Next Post: Rachel Maddow: Obama’s Inaugural ‘Stonewall’ Shout-Out was for the Supreme Court – VIDEO »