Singapore Prime Minister Lee Hsien Loong said on Monday that Section 377A of the Penal Code, which criminalizes homosexuality, should just be left alone because society will never agree on it, Today Online reports: 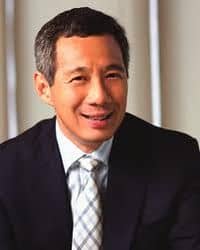 Speaking at the Singapore Perspectives conference organised by the Institute of Policy Studies, Mr Lee was asked by a participant how the fact that the Republic is a secular country reconciles with “an old and archaic law that nearly discriminates against a whole (group) of people”.

In response, Mr Lee noted that in countries that do not criminalise homosexuality, “the struggles don’t end”. He cited the example of recent demonstrations in Paris by supporters and detractors of gay marriage.

“Why is that law on the books? Because it’s always been there and I think we just leave it,” said Mr Lee, adding that he had explained his decision in 2007 to retain Section 377A.

Lee added that it's not worth publically discussing polarizing issues like gay rights:

“These are not issues that we can settle one way or the other, and it’s really best for us just to leave them be, and just agree to disagree. I think that’s the way Singapore will be for a long time.”