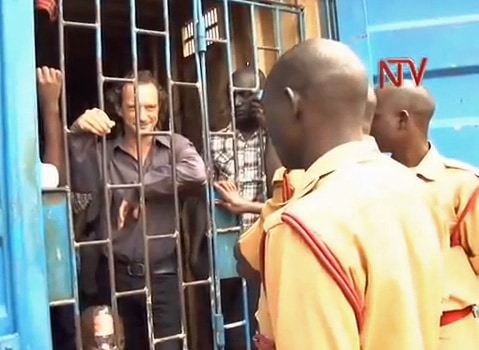 Finally, some good news for a gay person in Uganda: it was announced today that the case against David Cecil, the British producer arrested for putting up a gay-themed play, has been dismissed.

A win for freedom in Uganda! A case against a British script producer, David Cecil (accused of staging a “homosexual play” – The Mountain and the River – and disobeying “lawful” orders) has been dismissed for lack of evidence by the Magistrates Court at Makindye. We can now sue the State for the malicious prosecution.

This is the type of work I’m willing to do for the rest of my life. No man should be arrested, detained, charged and imprisoned arbitrarily for expressing himself.

Rights and Freedoms are inherent and not granted by cultural and religious beliefs/institutions, families, parents, the Government or the State.

The play The Mountain and The River is about a gay man whose mother tries to “turn” him straight, something that’s no doubt a topic of interest for those brave enough to come out to their families in the overwhelmingly anti-gay country.