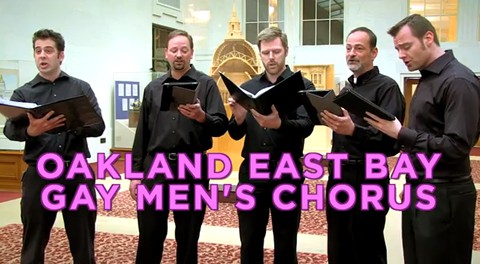 There were plenty of V-Day demonstrations for marriage equality in cities all across the country yesterday. One was at City Hall in San Francisco, where the years-long struggle against Prop 8 continues. Fourteen people were taken out of City Hall in handcuffs after a planned act of civil disobedience. They were not cited or arrested.

Activist Sean Chapin was there to capture some of the powerful words spoken (and sung) at yesterday's City by the Bay Freedom to Marry Day demo. 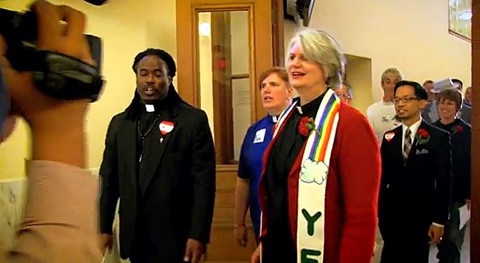 Previous Post: « Gallup Breaks Down Percentage of LGBT People by State in Largest Study of its Kind: POLL
Next Post: Gay Wedding Video of the Day: Jason and Tony »