Conservative journalist and former Bush speechwriter David Frum explains why he has signed on to a SCOTUS brief signed by dozens of Republicans opposing Proposition 8.

Writes Frum in the Daily Beast: 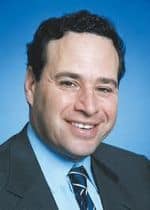 I signed it as a long-time opponent of same-sex marriage, worried by exactly the arguments advanced by the Californians who passed Proposition 8 to stop it: that the spread of same-sex marriage would change the way men and women thought about marriage in ways that would discourage them from forming married families.

Since 2009, we have seen a sharp decline in this country in both marriage and childbearing. But that decline obviously has little or nothing to do with same-sex marriage. It has obviously everything to do with the economic crisis—and the long previous years of persistent decline in the wages and opportunities of Americans, especially young Americans.

As a conservative concerned with stabilizing families to rely less on government aid, I have been convinced: I've been worrying about the wrong thing. Stopping same-sex marriages does nothing to support families battered by economic adversity. Instead, it excludes and punishes people who seek only to live as conservatives would urge them to live. Treating same-sex partnerships differently from husband-wife marriages only serves to divide and antagonize those who ought to be working together.

Previous Post: « Best Screenplays of the Year Get the Bad Lip Reading Treatment: VIDEO
Next Post: ‘Shameless’ Actor Cameron Monaghan: ‘I’m Not Gay…It Feels a Bit Odd to ‘Come Out’ as a Straight Guy’ »