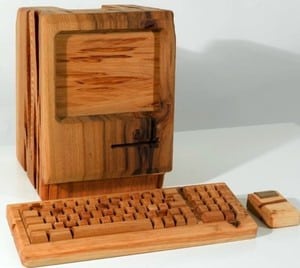 We already know that the Republican Party's dogged commitment to fighting abortion rights and marriage equality are hurting them with the American voters they need to remain relevant. But, as the New York Times reports this weekend, the GOP's politics are also hindering their already slow technological growth. Turns out a bunch of techies are repulsed by their politics, too.

Here's a money clip from that piece, "Can The Republicans Be Saved From Obsolescence?":

Several G.O.P. digital specialists told me that, in addition, they found it difficult to recruit talent because of the values espoused by the party. "I know a lot of people who do technology for a living," [Republican digital guru Michael] Turk said. "And almost universally, there's a libertarian streak that runs through them — information should be free, do your own thing and leave me alone, that sort of mind-set. That's very much what the Internet is. And almost to a person that I've talked to, they say, 'Yeah, I would probably vote for Republicans, but I can't get past the gay-marriage ban, the abortion stance, all of these social causes.'

"Almost universally, they see a future where you have more options, not less. So questions about whether you can be married to the person you want to be married to just flies in the face of the future. They don't want to be part of an organization that puts them squarely on the wrong side of history."

While there, he saw how the Obama-era Democrats have used technology and a loose organizational structure to spread their word among the masses. The GOP way of organizing, Ruffini realized, was far too centralized and concentrated around stalwarts like the RNC and Karl Rove. Their structure makes them more like that boogeyman they're always conjuring: the socialist.

"The thing I was struck by at RootsCamp was that in many ways, the Democratic technology ecosystem has embraced the free market — whereas the Republican one sort of runs on socialism, with the R.N.C. being the overlord," he said. It was that centralized organizing structure and the ideological factioning is allowed that led so many socialist governments and movements straight into history's dust bin.