Earlier today I posted about Stacy Dawson, a gay Missouri teen who was told he couldn't attend his prom with a male date. Some good news to report. The district superintendent has said Dawson, or any gay teen, may bring a same-sex date, the line forbidding it has been removed from the rule book, and the school says it was not originally put there to ban gay students, NBC News reports: 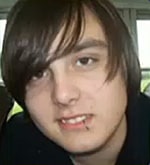 "I found out why the stipulation in the student handbook was originally put in there, and it's rather innocent, to be honest," Alvin McFerren, Scott County Central School District superintendent, said. "This was during a time 10-15 years ago that the previous administration was having issues with some of the students trying to come in on either the single rate or the couple rate. They implemented that to make sure they couldn't circumvent the rates that students were supposed to pay as they entered into our dances."

McFerren said Dawson will be allowed to go to prom with his boyfriend.

"It was never intended to be a discriminatory thing," he said. "We want an educational environment for all of our kids and we're not ever going to discriminate as to whether or not the board has the policy and we don't do that based on sexual orientation. Period."

Previous Post: « Will and Sonny’s Steamy Gay Shower Scene on ‘Days of Our Lives’ : VIDEO
Next Post: NYC LGBT Center Lifts Ban on Events and Groups Dealing with Israeli/Palestinian Conflict »