Mike Morioski, the principal of Purcell Marian High School in Cincinnati, was fired by the Archdiocese of Cincinnati over a blog post he wrote called "Choose Your Battles" supporting gay marriage. 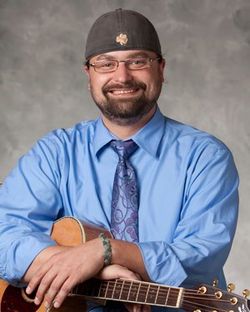 “I unabashedly believe that gay people SHOULD be allowed to marry. Ethically, morally and legally I believe this. I spend a lot of my life trying to live as a Christian example of love for others, and my formation at Catholic grade school, high school, 3 Catholic Universities and employment at 2 Catholic high schools has informed my conscience to believe that gay marriage is NOT something of which to be afraid.”

Moroski had anticipated the move after refusing to take down the blog post and hiring an attorney. Moroski did not immediately respond to a request for comment Monday, but he told The Cincinnati Enquirer last week that he was following his conscience when he wrote about his support of gay marriage. He said he knew he the post violated the social media policy but doesn’t feel that he violated the teachings of the church.

“I put it up there because I really truly honestly believe it,” he said. “I’m absolutely willing to lose my job over this. The only difficult thing for me now is the students.”

Moroski released a statement on his blog today:

On Monday, February 4, the Archdiocese of Cincinnati gave me an ultimatum after I expressed my personal opinion in support of freedom to marry for gay and lesbian couples. I was asked to resign as assistant principal at Purcell Marian High School, or keep my job until June by signing documents recanting my statements. I was given this ultimatum after I wrote a blog on my personal web page, http://mikemoroski.com entitled, “Choosing Your Battles.” I could not in good conscience recant my statements. The Archdiocese of Cincinnati has now put me on administrative leave with a pending termination.

As a proud Catholic, I’m heartbroken that my belief that all committed, loving couples should be able to make a public pledge to take responsibility for each other for a lifetime has led to this ultimatum. The expressions of solidarity I have already received from Catholic priests, sisters and justice leaders in the community strengthen my faith during this difficult time. Due to my formation in Catholic grade school, high school and three Catholic universities – not to mention my marriage to the best Catholic I know, my relationship with numerous clergy and a devout Catholic family – I have firmly rooted my life in the Gospel principles of love and justice.

After twelve years of working with teenagers whose respect I have earned, I simply can’t teach them the wrong lesson now and deny my convictions. I would not be able to look them in the eye. I have tried to instill a sense of faith and fortitude in all of them regarding issues of justice for my entire adult life. I did not turn down the Archdiocese’s terms in spite of my faith. I turned them down because of my faith.

Moroski had worked at the school for two years after teaching at Moeller High School for 10 years.