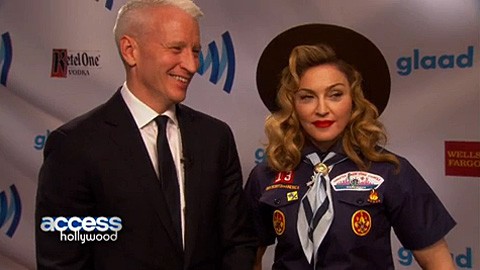 Anderson Cooper and Madonna took some candid time backstage at the GLAAD Awards after she presented him with the organization's Vito Russo Award on Saturday night.

Access Hollywood asked Madonna about where she got her outfit. She says she told them it was for her son.

Anderson talks about Madonna's longtime work as an ally, why he was so excited to receive the award from her, and why he feels it's a "blessing" to be gay.