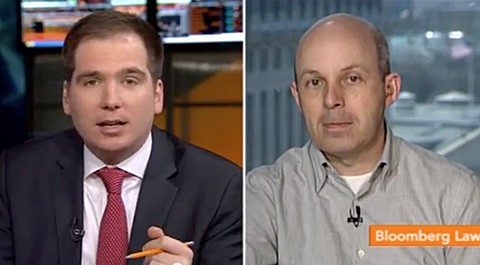 SCOTUSblog founder Tom Goldstein, partner at Goldstein & Russell, PC, offers an engaging preview of next week's marriage arguments before the Supreme Court with Bloomberg Law's Lee Pacchia, explaining which justices are the ones to watch:

Goldstein says he's particularly interested in watching Justice Kagan and Chief Justice Roberts during arguments as they both could play pivotal roles in deciding these cases.

Goldstein is also asked how he thinks the justices might come down.

Previous Post: « Deposed Scottish Cardinal Keith O’Brien Had Long-term Gay Relationship with Priest Who Forced His Exit
Next Post: People Are Already Waiting in Line at Supreme Court to Hear Arguments on Prop 8. and DOMA: PHOTO »