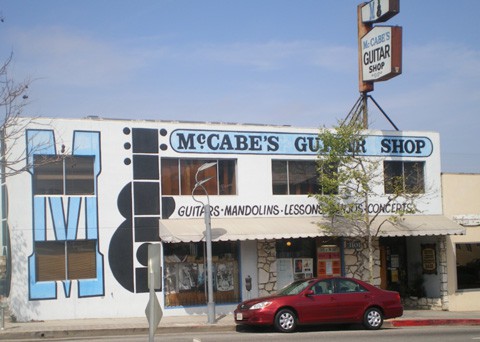 Michele Shocked told followers on Twitter yesterday that she would show up at McCabe’s in Santa Monica despite the fact that they had announced cancelation of her show over her anti-gay remarks (listen to them HERE), according to the Hollywood Reporter: 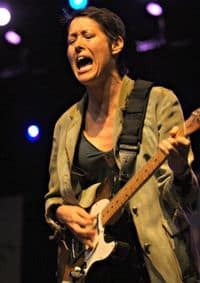 Friday afternoon, the beleaguered singer tweeted that she would be appearing at Saturday night at McCabe’s in Santa Monica for a “speaking engagement” on the subject of “Effects of Gay-Bashing on the L.A. Mayoral Race.”

This came as news to the club — and not good news.

“She is not welcome at McCabe’s,” said the venue’s angry concert director, Lincoln Myerson, who had just learned about Shocked’s vow — or threat — to show up after he got calls regarding the singer’s mysterious tweet.

McCabe's had not heard from Shocked since they announced her show's cancelation. Neither had any of the other 10 venues which canceled.

“Had Michelle attempted to talk to me [about taking part in some kind of nonmusical forum], I might have attempted to work something out with her." Myerson said. "But for her to go rogue on this shows that she’s her own sheriff. If she wants to do it at the park down the street, she can do it there, but she can’t do it at McCabe’s. I’m not intending to clean up this mess for her. I wish I could get on and tweet, ‘Hey, it’s at her house — here’s her address.'"

Asked by The Hollywood Reporter via Twitter if she intended to make her "appearance" some sort of guerrilla action, Shocked, who was arrested two years ago at an Occupy protest, responded: "OK, OCCU-PIE!!" She also retweeted a fan who said: "You mean like on the sidewalk in front of @McCabesGuitar? It doesn't get much more punk rock than that. I'm there."

The police have been alerted to a possible appearance by Shocked and/or angry activists.