On Tuesday and Wednesday, March 26 and 27, the Supreme Court will hear more than 3 hours of arguments in the challenges to the constitutionality of California's Proposition 8 (Hollingsworth v. Perry) and the Defense of Marriage Act (Windsor v. United States). In a series of short posts, I will preview and summarize the legal issues that will be raised. In this column, standing in the DOMA case. 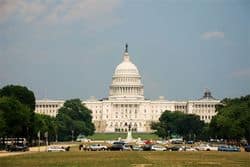 In an earlier post, we discussed the "standing" issue in the Prop 8 case, Hollingsworth v. Perry. The issues there should be pretty familiar to regular Towleroad readers; we have been discussing them since shortly after Judge Vaughn Walker declared Prop 8 unconstitutional in 2010. The standing question in the DOMA case, Windsor v. United States, has not garnered as much attention, but it rests on similar legal principles.

Standing in Hollingsworth depends on whether ordinary citizens can step into the shoes of the state without showing their own "particularized" or "direct injury."

Standing in Windsor depends on whether one house of Congress can step into the shoes of the Executive Branch without showing their own direct injury.

First, could Congress ever have standing to defend a law like DOMA?

Second, even if Congress could, can one house of Congress defend DOMA without the other?

Third, even if one house of Congress could, did one committee of that house have the power to intervene?

Fourth, even if one house of Congress could defend DOMA, does the Obama Administration's agreement with the Second Circuit's decision striking down DOMA deprive the Supreme Court of jurisdiction regardless of who is defending the law? 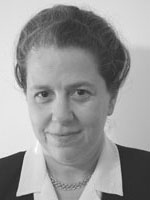 Because Edie Windsor, President Obama, and House Republicans all believe that the parties have standing and the Court has jurisdiction, the Court, as it sometimes does, appointed a constitutional scholar — Professor Vicki Jackson of Harvard Law School (right) — to flesh out the standing argument.

Think of Professor Jackon's argument this way: Winners can't appeal, the left hand can't do anything without the right hand, and, regardless, both hands are tied. That is, because the Obama Administration won at the Second Circuit and because only one house of Congress is trying to defend DOMA, the Court has no jurisdiction to hear the case. Plus, DOMA is not the kind of law that Congress ever has the authority to defend.

There are several persuasive legal reasons to think this argument is sound, but just as many persuasive reasons on the other side. And, there is one other factor that will most likely push the Court to go beyond the standing question and address DOMA's merits: If it doesn't, then DOMA is the law of the land in several jurisdictions, but unconstitutional in others, contributing to an absurd regime that would be impossible to administer.

I discuss the arguments AFTER THE JUMP.

Could Congress ever have standing to defend a law like DOMA?

The rule of federal standing — the party needs to articulate a "particularized" or "direct injury" — and the principle of separation of powers would seem to suggest that Congress can only jump in to defend a law that directly and adversely affects one of its particular prerogatives. All the House is doing in the DOMA case is citing its general interest in seeing a law it passed get enforced. Yet, in a famous standing case called Lujan v. Defenders of Wildlife, the Supreme Court stated that such generalized interest in seeing the government function "in accordance with the law" does not give rise to an injury sufficient for standing.

Basically, the only reason Congress thinks it has standing is because it wants a law enforced and defended. But, so do I and so do you. Congress has no more showed a "direct injury" than you or I. When the Executive Branch declines to defend a law, nothing is happening to Congress: members' votes aren't being nullified and their specific powers are not being directly affected. On the other hand, if an executive tried to enforce a rule that took away a specific Congressional power — declare war or hire staff, for example — Congress could sue. There, Congress would have a particularized interest in quashing that rule. With DOMA, there is not such interest.

Could one house of Congress defend DOMA without the other?

Even if Congress could somehow articulate a direct injury, standing would require Congress – the House and Senate — to speak together. Case law about Congressional standing has exclusively referred to "Congress" in cases where both the House and Senate sought to challenge a direct attack on their powers. That precedent would have to be extended to include this case, where only one house is trying to assert its role. 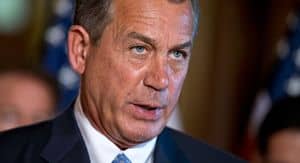 Can one committee of one house of Congress defend DOMA?

To be perfectly accurate, it isn't even the House per se that is defending DOMA. It is the mis-named Bipartisan Legal Advisory Group (BLAG), a five person committee of the House leadership with a Republican majority led by Speaker Boehner, that elbowed its way into the DOMA case. BLAG was authorized only "to provid[e] legal assistance and representation to the House," not to intervene in federal litigation. On the other hand, a previous case where Congress did step in to defend a law the president declined to defend involved both the House and Senate passing resolutions explicitly authorizing Congress as a whole to get involved.

Does the Obama Administration's victory at the Second Circuit deny jurisdiction in any event?

This argument has to do with the unique way that Windsor climbed the ladder of the federal judiciary. First, a federal district court in New York adjudicated the case, which then put Edie Windsor and her attorneys against the Obama Administration. Then, the President changed policies, agreed with the district court's striking down DOMA, decided to stop defending the law, and issued notice of appeal.

The Constitution's "case and controversy" rule means that a federal court can only hear a case if there is a real debate, a real disagreement, a real controversy between two legitimate parties. However, when the Obama Administration switched sides, it eliminated any conflict. It switched sides, leaving one side empty, thus denying Windsor a real "case or controversy."

That seems like a pretty tight argument. Professor Jackson and her colleagues at Akin Gump who wrote the brief certainly delivered the best possible case for House Republicans lacking standing in Windsor. But, the problems with this argument are as follows:

First, it assumes that the President changing his mind is the same as erasing its "direct injury." The President believes that DOMA is unconstitutional, but it cannot be denied that the federal government has been adversely affected by the decisions in Windsor, much like California has been "injured" by the decisions in Hollingsworth. Before Windsor, the federal government did not have to give legally married gay couples the benefits associated with marriage; after striking down DOMA, the district and appellate courts are saying that it must do so. Before Hollingsworth, California did not have to issue marriage licenses to gay couples; now they do. That President Obama and Governor Brown eagerly want to do so does not change the fact that the government experienced a "direct injury."

If the Court sees the standing question this way, the House could piggy back on the Obama Administration's standing.

Court precedent on Congressional standing may refer to "Congress," but because its previous cases involved both the House and Senate seeking to intervene together, the Court has simply never had the opportunity to address whether the Constitution allows one house to intervene without the other. Nor has it had the opportunity to consider the powers of BLAG, a relatively new creation in the colorful history of House committees. In other words, Professor Jackson's argument tries to prove too much from strong, but non-authoritative precedent.

It seems more likely that the Court will not make either mistake.

If you missed it, read my preview on 'Standing' in the Prop. 8 case HERE.

Previous Post: « Michelle Shocked Said She’ll Be Showing Up to Her Canceled Show Tonight; Venue Tells Her ‘Don’t Come’
Next Post: Man Gets 3 Years Jail in Manslaughter Death of Gay Autistic Teen He Taunted Then Set on Fire »