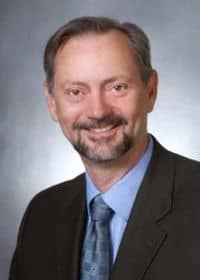 Mayor David Coss and Councilor Patti Bushee announced today that they are sponsoring a Resolution expressing support for gay marriage in New Mexico and encouraging County Clerks to issue marriage licenses to same-sex couples. The Resolution will be introduced at the next City Council meeting, scheduled for Wednesday, March 27.

Said Coss: “Santa Fe is a city of respect, acceptance, and diversity that embraces all of our residents. I sponsored this resolution because all loving, committed couples should have the right to marry regardless of their sexual orientation.”

Added Bushee: "It is disheartening to me to be creating laws for my community for 19 years and not be treated equally in the eyes of New Mexico law. We are the last group allowed to be legally discriminated against. This is a civil rights issue–it's time for Santa Fe to lead the way."

Said Geno Zamora, City Attorney: “Marriage law in New Mexico is gender-neutral and does not define marriage as between a man and a woman. New Mexico already recognizes valid marriages performed in other states between same-sex couples; it would violate our state’s constitution to deny equal rights in our own families.” 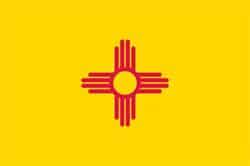 In a written opinion, dated March 19, 2013, City Attorney Geno Zamora discusses the fact that New Mexico’s statutory definition of marriage is gender-neutral and does not define marriage as between a man and a woman. Nor does New Mexico law prohibit same-sex marriage.Therefore, same-sex couples are capable of contracting within the law and capable of marrying in the State of New Mexico.

City Attorney Zamora’s memo references nine states and the District of Columbia, which all issue marriage licenses to same-sex couples: Connecticut, Iowa, Maine, Maryland, Massachusetts, New Hampshire, New York, Vermont, Washington, and the District of Columbia. Another group of states constitutionally or statutorily defines marriage as between a man and a woman. New Mexico law does not speak directly to same-sex marriage.

Geraldine Salazar, the Santa Fe County clerk, told BuzzFeed that she personally supports allowing same-sex couples to marry but does not believe she has the authority to issue such licenses at this time.

"He's the city attorney. I have a county attorney who I seek legal counsel from. In addition to that, the city attorney is not the attorney general. I, as a county clerk, do not have the authority in my eyes and in my interpretation and in my counsel. In my mindful process of this whole thing, I don't have the authority — and why should I do it for a few hours when really we should have solid laws benefiting all citizens of the state of New Mexico?" she noted.

As for New Mexico's attorney general, Gary King, his spokesman said Tuesday that he has not yet announced any public view on the question.

"AG King has not had an opportunity to weigh-in on the specific question of whether same sex marriages are legal under New Mexico law. It is likely, however, that we will soon receive a request for a formal Opinion on the issue," King's communications director, Phil Sisneros, told BuzzFeed Tuesday afternoon. Sisneros added that the city attorney's opinion "does not carry the force of law, although it is obviously what the city's official legal position is on the issue."