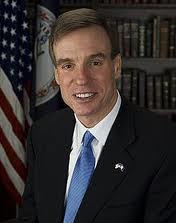 Senator Mark Warner (D-VA) came out for marriage equality late this afternoon in a post on Facebook:

I support marriage equality because it is the fair and right thing to do. Like many Virginians and Americans, my views on gay marriage have evolved, and this is the inevitable extension of my efforts to promote equality and opportunity for everyone. I was proud to be the first Virginia governor to extend anti-discrimination protections to LGBT state workers. In 2010, I supported an end to the military’s ‘don’t ask, don’t tell’ policy, and earlier this month I signed an amicus brief urging the repeal of DOMA. I believe we should continue working to expand equal rights and opportunities for all Americans.

Warner is the second Democratic senator in two days to suddenly evolve on marriage equality on the eve of two Supreme Court cases considering the issue.