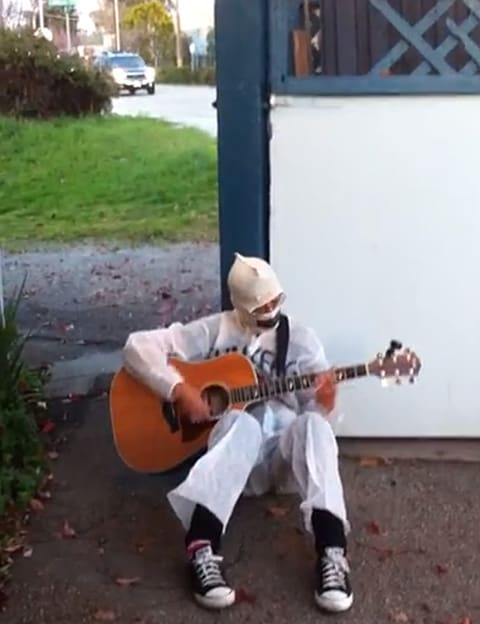 Michelle Shocked showed up to Moe's Alley in Santa Cruz, which canceled her show over her anti-gay rant. She wore a mask over her head, tape over her mouth, and taped several hastily scrawled signs to the wall before sitting down on the cement and strumming her guitar.

Watch a video shot by someone at Shocked's impromptu protest, AFTER THE JUMP… 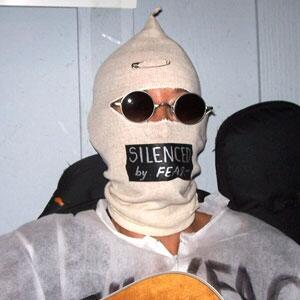 The tape across her mouth said "Silenced By Fear." When asked a question, Shocked shook her head vigorously and strummed her guitar while seated on the ground outside popular music venue Moe's Alley. She pointed to a sign inviting people to pick up a Sharpie marker and write on the white disposable safety suit she was wearing.

Earlier in the day, she had tweeted her plans: "Moe's in S Cruz tonight ok? Its an art project 'My Summer Vacation' I want your autograph. Bring Sharpie."

Moe's Alley owner Bill Welch, who talked with Shocked as she strummed her guitar outside his club, had replaced her with bands Beaver Fever and Frootie Flavors.

Watch a video shot by someone at Shocked's impromptu protest, AFTER THE JUMP…

BTW, this is what she said about Prop 8: 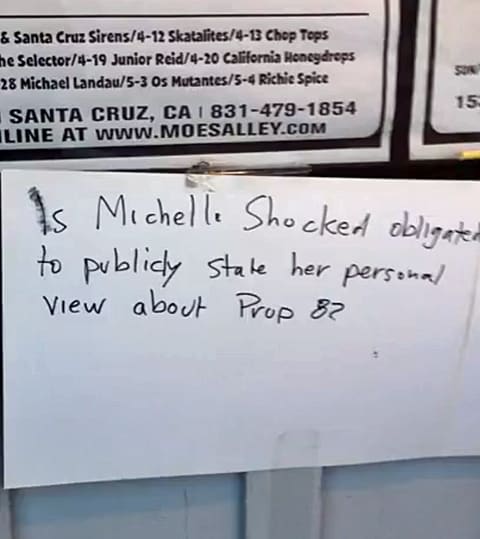