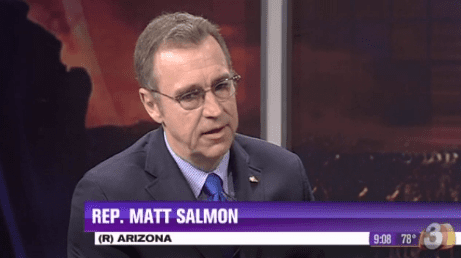 Matt R. Salmon, the gay son of Congressman Matt J. Salmon (R-AZ), who said over the weekend that he did not support marriage equality, tells the Washington Blade that he understands his father's position, and, says it's nothing he did not already know. 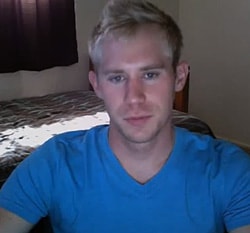 Said the younger Salmon to the Blade's Michael Lavers:

“People seem to be trying so hard to analyze where it’s coming from, but really he was quite straight-forward. My father loves me very much and he supports me and he respects me. He’s very much there for me as one of my closest friends. I think that was obvious in everything that he had to say…He doesn’t see it as not allowing his son to be with the person he loves because he knows that regardless of where marriage is, I’m going to be with the person that I love…Whether I can legally marry in Arizona or not, it’s not going to change that fact and my father knows that and he accepts my desire to be with the man that I love. As far as it goes with marriage for him it’s a matter of what marriage means to him — to him marriage is defined as between a man and a woman. It has nothing to do with the way he views a person’s relationship, and that’s the thing that I think is hard for people to understand."

More at the Blade.

The Arizona Congressman had told 3TV:

I don't support the gay marriage…My son is by far one of the most important people in my life. I love him more than I can say. I’m just not there as far as believing in my heart that we should change 2,000 years of social policy in favor of a redefinition of the family. I'm not there."

The younger Salmon talked about being gay and Mormon in an emotional  'It Gets Better' video in 2011. His mother was part of the organization working to ban gay marriage in Arizona in 2006.