On his SiriusXM OutQ radio show Dirty Pop last night, Lance Bass revealed that he and Collins share a mutual friend — actress JoAnna Garcia Swisher — who urged Collins to call Bass for advice on coming out to the public. 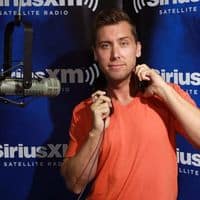 I told him, look, this is what I wish would have happened when I came out…because when I came out I had 24 hours to decide what was going to happen, because basically the magazine [People] said ‘We’re doing it with or without you.’ So I had 24 hours to decide to do this interview and I did – with People magazine, and I thought it went great.  But what I wish I could have done back then was to have a couple of days to sit down with HRC, sit down with GLAAD…get downloaded [on how to handle this]…because back then…[it was just] like Jason told me today ‘I don’t know many gay people because all my life has been is sports, [and] I’ve had such a crazy schedule I never had to think about my private life.’

Bass shares the coming out advice he gave to Collins:

On their respective coming out experiences:

On how America's going to respond to Jason Collins: