As I mentioned last week, Delaware is set to make its big push for marriage equality, starting today. 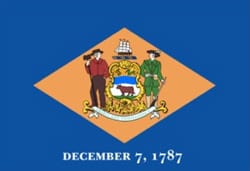 The current state house has a 26-15 Democratic majority; the current state senate is split 13-8 for the Democrats. Gov. Jack Markell has supported gay marriage for years. And I already mentioned Joe Biden.

Well, the gay marriage push starts today. This afternoon, most of the state's leadership — governor, lieutenant governor, attorney general, state senate president, speaker of the house — will gather in Wilmington to announce legislation that would legalize gay marriage. All they need to do is alter Delaware's statute on marriage, which prohibits unions between "people of the same gender."