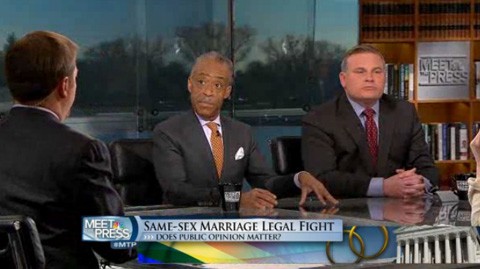 "Public opinion and votes have nothing to do with this. The challenge of the court is not what they're going to do with votes. the challenge of the court is are they going to protect people's rights? When you look at the DOMA case and you look at miss Windsor who was not able it — who was forced to pay over $350,000 in estate tax because she did not have the right of a partner who had passed on, who they had built this wealth together, her rights were violated. So there are many people who may agree with traditional marriage as people define it but feel they don't have the right to have an unequal situation with others and, therefore, define for them their life. My battle with Brian is not over marriage. My battle is he doesn't have the right to impose his definition of marriage and therefore make inequality on other people."