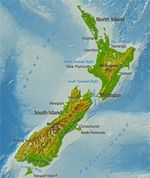 Labour MP Louisa Wall's marriage equality member's bill is due to have its third reading in Parliament on Wednesday night.

The bill passed its committee stages with 77 votes to 43 last month and little change was anticipated for the final vote.

Big crowds, including a few celebrities, were expected to be in Parliament's public gallery to witness the vote.

Once the bill is passed it will be four months before the first same-sex couples can be married.