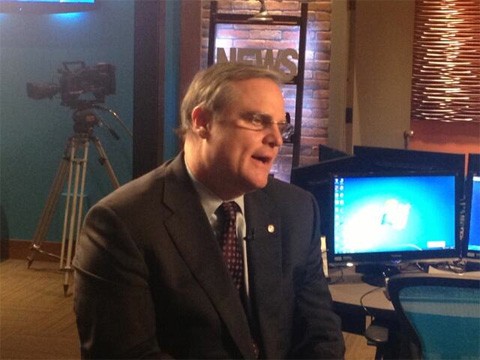 “I would put me down in the undecided category."

The statement was tweeted by Henry as part of an interview Pryor did with the network today.

Two other senate Dems, Tim Johnson (D-SD), and Joe Manchin (D-WV) are the last remaining to take a position.

Previous Post: « Brendon Ayanbadejo Talks About Leaving the Ravens and Reports of Gay NFL Players Coming Out: VIDEO
Next Post: Towleroad Talking Points: More Talk of Gays in the NFL »