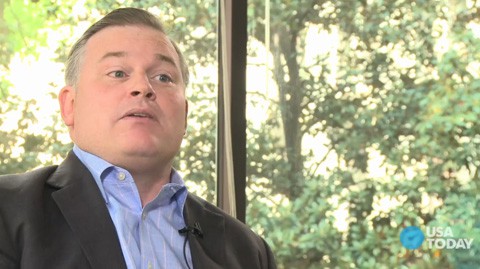 NOM President Brian Brown gives an interview to USA Today about the U.S. march toward marriage equality, the states in which has recently passed and the states where it is pending.

He is also asked about Reince Priebus and statements he made that the party needs to be inclusive.

"Does inclusive mean that you get rid of your founding principles? Are party platforms supposed to mean anything? If the party does that, the party is DONE! The  party is DONE if the Republican party abandons traditional marriage! It will mean that it has turned its back again on not only its base but on the overwhelming majority of folks who identify as Republicans."

Watch (warning: autoplay), AFTER THE JUMP…

Previous Post: « The OXD Mirror: New Music For 5.3.13
Next Post: Jason Collins’ Twin Jarron Speaks Out About His Brother: VIDEO »