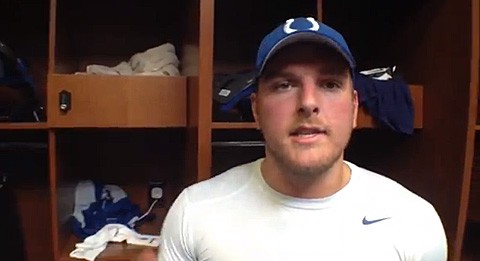 The Indianapolis Star stepped into the locker room of the Colts to see how they felt about Jason Collins' coming out and what it would be like if a similar thing happened in the NFL.

The players they talked to — Pat McAfee, Reggie Wayne, Cory Redding, T.Y. Hilton, and Greg Toler were unanimous in their opinions — it's a good thing, they'd have a gay player's back, and they're happy for Jason Collins.

It wasn't so long ago that the Colts' image among gays was tarnished by then coach Tony Dungy, who was repeatedly involved in fundraisers for anti-gay groups. So this is great to see.

Said McAfee (above): “I think it’s a generational thing. Our locker room, a younger generation, is very much more accepting because we’ve been around more gay people. In the recent years, gay folks have been much more open. A lot of us have gay friends and we kind of understand that they’re just like us, they’re just interested in different things.” 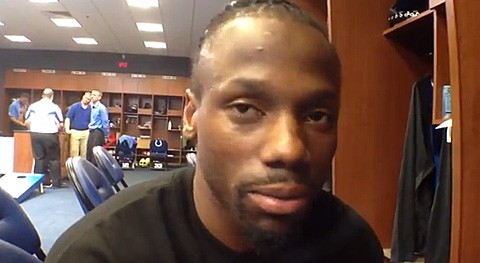 Previous Post: « Rhode Island Governor Lincoln Chafee on Why Signing Marriage Equality into Law Today Will Be So Gratifying
Next Post: Janelle Monáe and Erykah Badu Q.U.E.E.N. Out: VIDEO »