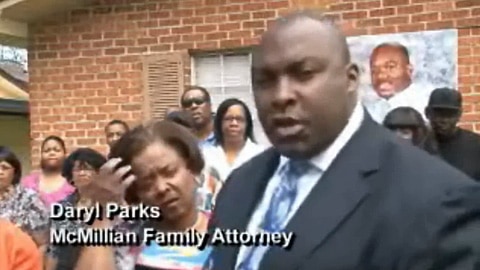 The family of slain gay Clarksdale, Mississippi mayoral candidate Marco McMillian held a press conference Thursday asking the Justice Department to review the case because they don't believe they have been told the truth about McMillian's murder.

McMillian's body was found late in February near a levee after being dragged, beaten, and burned. The coroner has released an autopsy report that detailing “multiple areas of blunt trauma to the head that are consistent with a beating.”

22-year-old Lawrence Reed has been charged with McMillian's murder. The family believes he did not act alone.