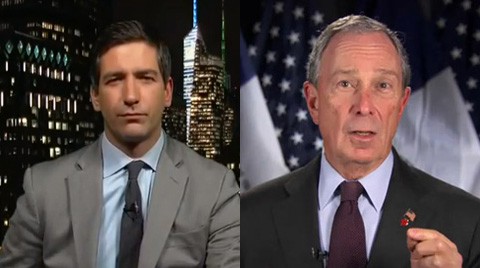 Mark Glaze, the gay director of Mayors Against Illegal Guns, the largest gun violence prevention group in the country, and NYC Mayor Michael Bloomberg, the co-chair of the group, were sent letters containing the deadly poison Ricin.

Bloomberg's letter was opened at a NYC mail center and police officers who came into contact with the letter were sent to the hospital as a precaution. Glaze opened his letter, but was not injured by its contents, the NYT reports:

Both letters were identical in content, bore references to the debate over gun regulation and contained written threats to Mayor Bloomberg, Mr. Browne said. “It’s threatening, and it’s very clearly about one issue,” one official said of the letters.

Both letters had a Louisiana postmark, said one official who spoke on the condition of anonymity because the investigation is continuing. Earlier, Mr. Browne said that “something about the way it was addressed” raised suspicion about the letter sent to New York.

A spokesman for the Federal Bureau of Investigation, J. Peter Donald, confirmed that the bureau was investigating the letters, but declined to comment further.