Andy Murray and Roger Federer were asked in Rome today how they would feel about an out gay player in men's tennis. 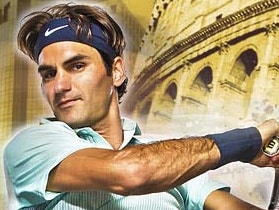 "I don't think it would be a problem. We're very relaxed. We don't play a team sport and see each other all the time. … We're very open. So whatever happens, happens. I don't know if there are any (gay players). So far from what I've heard, no. But that could change, possibly because of the case in the NBA."

"I would hope there are no issues on the tour. You know, there have to be some players who are probably gay but I don't think other players have any issues with it and hope tennis deals with this well. I saw the Jason Collins thing in basketball and the player and the owners were respectful and happy about his decision and so I think it is a good thing."