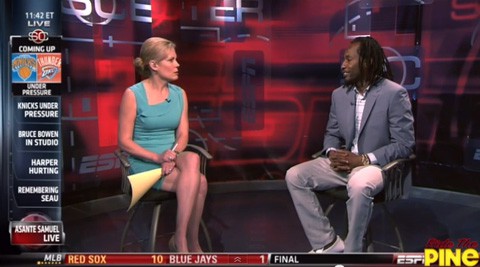 "Straight people are not announcing they're straight, so why does everybody have to announce their sexuality or whatever? You know, what they prefer…So that's just how I see it. That's my opinion on things. All respect you know, I have nothing but respect for the people whoever decisions they make and whatever, but you know, you don't have to show it and flaunt it like that. You know what I'm saying, we have kids out here, too."

Samuel was asked about the remarks today on ESPN:

He added: "I don't think it's something we have to express and let be known of what my sexuality preference is – just stick to sports….I don't want to teach my kids those things. I teach my kids God. You know, how God lives his life."