The conventional wisdom that gays are affluent is about to be bucked by a new study, NBC News reports: 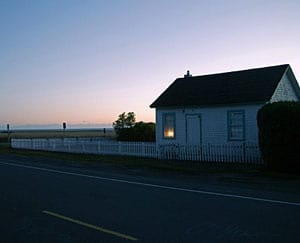 On Monday, the Williams Institute will release a detailed study about lesbian, gay, bisexual and transgender (LGBT) people and their real economic status. Drawing on recent data from four different sources, the report finds a sexual orientation “poverty gap”: LGBT Americans are more likely to be poor than heterosexuals, with African-Americans and women particularly vulnerable.

The findings also suggest that there are other kinds of things to prevent poverty that need to be addressed. For instance, we don’t have any protection against discrimination against LGBT people at the federal level. Only 21 states outlaw discrimination for sexual orientation and 16 states for gender identity. People who lose jobs because of discrimination are very likely to run into problems with poverty. If they don’t have incomes, they will be a whole lot poorer. So, nondiscrimination laws are very important.

Also, marriage is designed to give people a framework for living their economic lives together as well as their family lives, and when people in same-sex couples don’t have access to that framework, then they are automatically deprived of certain kinds of economic supports. Not having the right to marry makes people more economically vulnerable as well.

Previous Post: « The Wanted’s Max George Thinks He Knows Which Member of One Direction is Gay: VIDEO
Next Post: Jane Lynch and Jordan Peele Play ‘Church’ and ‘State’ in Epic Break-Up Song: VIDEO »