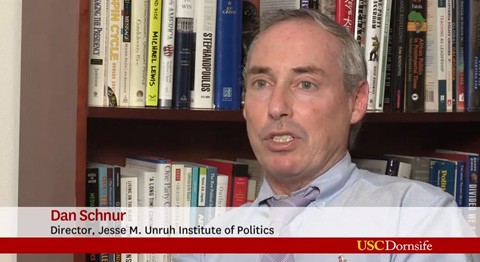 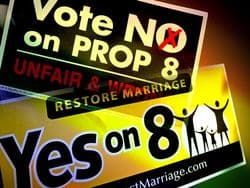 The poll found that 58% of the state's registered voters believe same-sex marriage should be legal, compared with 36% against, a margin of 22 points. When the same pollsters asked that question three years ago, 52% favored gay marriage and 40% opposed it, a 12-point spread.

Most national polls this year have found majority support, but only one of those surveys reported it as high as 58%. The average was roughly 51% in favor of gay marriage. As in the rest of the country, more women (63%) than men (52%) in California favor same-sex marriage.

Younger California voters also support gay marriage by larger margins than older voters, the poll found. Whereas 76% of voters ages 18 to 29 support legalizing the unions, only 52% of those ages 50 to 64 agree.

Still, the shifts among older voters are dramatic. Voters 65 and older are now almost evenly divided — 46% in favor, 47% against — compared with just three years ago, when seniors opposed gay marriage by 19 percentage points.

Watch Schnur talk about the results, AFTER THE JUMP…

Previous Post: « The Gayest of All Time: VIDEO
Next Post: Ban This Woman From Dunkin’ Donuts Forever: VIDEO »