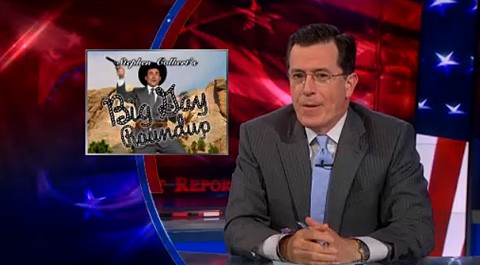 In his "Big Gay Roundup", Stephen Colbert expresses his dismay over the American Medical Association's push for an end to the ban on gays donating blood.

Says Colbert : "Letting gay people donate blood is an endorsement of the gay lifestyle. In fact, I'm pretty sure a gay blood transfusion is how you get gay. It's like being bitten by a radioactive spider – you get all the gay superpowers: super strength, web-slinging, and the desire to wear skin-tight spandex on Broadway."

Colbert also weighs in on the Disney Channel's introduction of a same-sex couple.