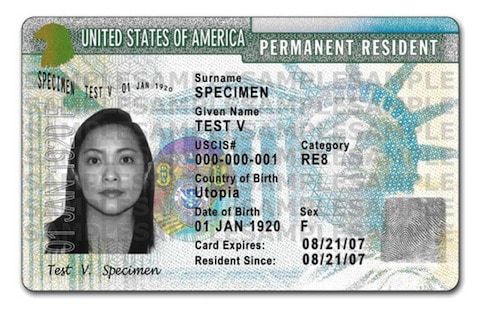 Yesterday's death of the Defense of Marriage Act (DOMA) by the Supreme Court is going to have far-reaching effects, and one of the first ones that we can see is that foreign spouses of gay couples can now qualify for green cards. According to Immigration Equality, Section 3 of DOMA made it impossible for gay and lesbian spouses to receive federal benefits, which included green cards. With DOMA ruled unconstitutional, legally married homosexual couples can now apply for green cards for their foreign spouse.

“Many of our families have waited years, and in some cases decades, for the green card they need to keep their families together. Couples forced into exile will be coming home soon. Americans separated from their spouses are now able to prepare for their reunion. Today’s ruling is literally a life-changing one for those who have suffered under DOMA and our discriminatory immigration laws.”

Life-changing, indeed. A heartfelt congratulations to all of the couples who can reunite their families again.

Previous Post: « Towleroad Guide to the Tube #1394
Next Post: Evan Wolfson And Andrew Sullivan Talk To Anderson Cooper About The End Of DOMA: VIDEO »