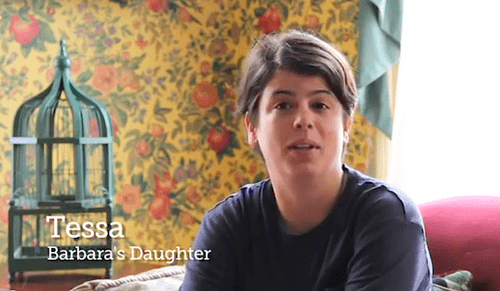 "As a gay American, I have a stake in what our governor says about marriage equality," Tessa Bitterman, 22, wrote in an e-mail soliciting donations for Buono's campaign against Christie. "And I have been deeply shocked by Chris Christie. As governor, he has been a giant roadblock to New Jersey achieving equality for all. By failing to support marriage equality, Christie is blatantly delegitimizing an entire group of people."

Last February, Christie conditionally vetoed a bill legalizing gay marriage in New Jersey, suggesting instead that the public should vote on it. Democrats said it's a civil rights issue and shouldn't be placed on the ballot.

Buono is waging an uphill battle against Christie, a politician with a national profile who holds a 30-point lead in recent polls.

Check out the campaign video, AFTER THE JUMP…