The International Olympics Committee (IOC) is attempting to quell fears tha the "homosexual propaganda" law recently passed by the Russian State Duma will be used to target LGBT Olympians at the 2014 Winter Olympics in Sochi, Russia. Gay Star News reports: 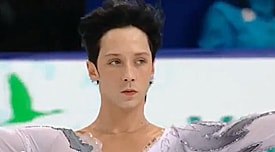 "Under the new 'homosexual propaganda' law, tourists deemed to be 'promoting homosexuality' could be arrested and deported. Speaking to Gay Star News, an IOC spokesman said they were 'concerned' about the bill becoming law.

'The IOC would like to reiterate our long commitment to non-discrimination against those taking part in the Olympic Games,' they said. 'The IOC is an open organization and atheletes of all orientations will be welcome at the Games.'